In my previous blog First WordCamp, I covered what we have done in WordCamp. Now in this blog, you will know what fun we did at that day.

So let’s start with swag collection. Collecting swags was the most fun part I found. Initially, I was hesitating to get to the desks of sponsors and get the swags, I don’t know why. Then I saw others are having fun with collecting swags and talking to the representative of the other companies. So I decided to do same and started to go to the desks and talk to their reparatives and collect the swag. That was a simple plan I thought. But after a couple of minutes, I found it’s not as simple as I thought. I’ll tell you how? 😛

So I made a plan and went to one of the desks and shake hand with a person standing at there. That’s it after that I didn’t know what to ask them and started watching some templates on the desk. There are other people who are doing some queries and getting some info about the organization. That’s it, now I got that…  And I started asking a question. Now I know that what to do. I found that very good for getting info and especially for the swag.😋

I got two t-shirts and lots of badges and stickers and a water bottle. During that, we have a Bingo contest which we won. It was a good contest. Actually, Bharat won that task, but still not got any prize. 😋 He did a great job in that task. Ok, reading is getting boring right !!!!! Let’s see some pics.

There it is. These are the swags which I got. There are two t-shirts, some badges, stickers, and a key chain. And that’s the water bottle, my friend’s favorite…!!! 😀 Whenever he will read this he’ll gonna kill me. 😆

This is the selfie which I took right after got the badge of an attendee. Vivek and Pranali were there at the registration table.

We, playing football. I was really tired. It’s an another interesting thing that we played football there. After 5 years, I played that. And guess what!!! I can’t play as I used to. Like “Ab wo bat nahi rahi (It’s not like before)”.

This is one of the sessions which I attended. I attended total 3 sessions.

These are Radhe and Rakshit at the desk. I don’t know what Radhe is doing, but I am sure He might be checking internet speed. 😆 And for Rakshit I can’t say anything. 😋

After WordCamp over, actually it was not over. After party was remaining now. And I was so excited for after party. And the sad part was that I was the only one who was excited. Other people like Yahil, Anto etc are refusing for coming to the after party. So, me and Mriyam were trying to convince them to come and somehow we were successful to convince them. And their decision was not wrong. We actually enjoyed a lot there. The venue for after party was “The Classic Rock Cafe”. We all got first drink free. So I took a beer bottle. And I also tested whiskey first time there. And it was not good at a test.

After the party, we went to a restaurant “Chopstick”. It’s Anto’s favorite restaurant and we ate a lot there till late night. After that, we returned to our rooms. And that’s it!!!! WordCamp is over….!!!! Now next is Mumbai WordCamp at March….!!!!!!!!!! See you at Mumbai…..

I am going to tell you about my first WordCamp which was held in Pune on 15th Jan 2017. And yes I was very happy…

Hi there,   So 90 mins, I am not writing about a movie. This is a real experience for 90 minutes at ATM queue. This… 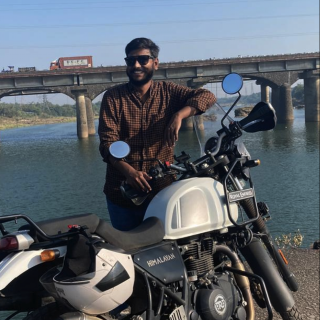